skip to main | skip to sidebar

VOTE PROSTALGIA IN 2012: ruminations from a hospital bed 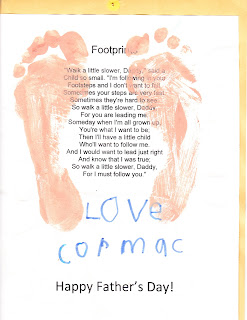 “’Walk a little slower, Daddy,’
Said a child so small.
‘I’m walking in your footsteps
And I don’t want to fall.
Sometimes your steps are very fast.
Sometimes they are hard to see.
So walk a little slower, Daddy,
For you are leading me.’”
Top Ten 2011 Highlights (in no particular order)
1. My daughter’s Columbus Day Lemonade Stand
2. Heirloom Harvest Barn Dinner (televised on Chronicle)
3. A Winter’s Tale: another spoken word paean about my love of wife
4. The James Beard Award nomination
5. Guest cheffing at events, most notably at Gracie’s in Providence
6. Pecha Kucha Haiku about my life in food
7. Chef’s Collaborative Summit, New Orleans
8. My new relationships with Archer Angus and other farmers
9. Our  Kitchen Farm Garden at Meadow’s Mirth Farm
10. Working with Slow Food, Chef’s Collaborative, Seacoast Local, UNH and other food-based local organizations motivated to continue our path toward a sustainable and self-reliant food community.
2011 Lowlights
1. Overbooking my September calendar
2. Overbooking my October calendar after overbooking my September one
3. The beginning of a high voltage line that will, by virtue of eminent domain, cut right through our tranquil, rural woodlot behind our house, effectively bisecting our property and carving a 100-foot-wide scar through wildlife habitat and mushroom foraging nirvana
4. Advanced Bacterial Infection to Soft Tissue landing me in the hospital two days before Christmas, followed by a PICC line I helped guide from my bicep to my heart.
5. Accidentally snipping the blood line that led to my heart with dirty scissors.  (Medical personnel had a field day with that one.)
Evan’s Top Ten for Twenty Twelve
1. Holiday Party!
2. Doing the RPM Challenge with my kids
3. Going back to Gracie’s in April
4. Tough Mudder in May
5. Refurbished Wine Bar!
6. Cookbook?
7. My son’s passion for TaeKwon Do and geography
8. My daughter’s National History project, soccer exploits and screenplay
9. Black Trumpet’s Fifth Anniversary
10. Slowing down and spending more time with my family 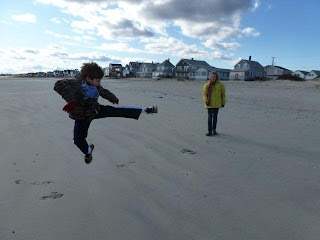 Evan Mallett
29 Ceres Street, Portsmouth, NH, United States
Black Trumpet Chef Evan Mallett entered the restaurant business in 1989 under the tutelage of Chef Jeff Tunks. In 1998, after serving as a restaurant critic, food writer and freelance writer Evan moved--with his wife, Denise--to Portsmouth. After starting at Lindbergh’s as a line cook, Evan was named Executive Sous Chef at the Spanish-themed restaurant, Ciento, in 1999. In 2001 the Mallett family moved to San Miguel de Allende, a mountain village in Central Mexico, where Denise and Evan jointly operated a restaurant and gourmet food shop. Evan returned to Portsmouth with his family in 2003 to assume the post of Executive Chef at Lindbergh’s. While hiking with his family, Evan—an avid mushroom forager—happened on a meadow of black trumpet mushrooms. The name Black Trumpet at once evokes sleek lines, a wild edible mushroom and jazz. Evan and Denise bought the restaurant in March of 2007. They live in southern Maine with Eleanor (14), Cormac (11), Evan’s dad, a dog, a cat and chickens on a mushroom-rich woodland parcel.